Become a Friend of the KY/IN All Star Game by sponsoring today! 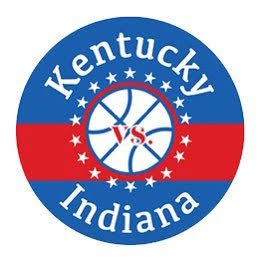 Friends of the Kentucky/Indiana All-Star Game

Every summer since 1940, with the exception of two years during World War II, the best high school basketball seniors in Kentucky and Indiana square off in the Kentucky/Indiana All-Star Game, the oldest continuing all-star game in the United States. Beginning in 1976 a girls summer series was also added to the fold that pits the best senior girls players in each state against one another. The games are shrouded in tradition, with many legendary Kentucky players who have participated in this all-star game. For example, such players as Ralph Beard, “Wah Wah” Jones, “King” Kelly Coleman, Wes Unseld, Jack “Goose” Givens, Darrell Griffith, Rex Chapman, Allan Houston, J. R. VanHoose, Chris Lofton and Darius Miller have participated in the boys game. Girls legends include Donna Murphy, Kym Hampton, Lillie Mason, Clemette Haskins, Lisa Harrison, Ukari Figgs, Jamie Walz, Kyra Elzy, Crystal Kelly, Arnika Brown and Makayla Epps.

From 1940 until 1952 only one game was held each summer, in Indianapolis, between the two all-star teams in each state. Beginning in 1953 and continuing through to the present, a home-and-home series takes place with one game in each state. Since 1940, games in Indiana have always been played in Indianapolis, early games were played in the historic Butler (now Hinkle) Fieldhouse, later games have been played in Market Square Arena (now known as Bankers Life Fieldhouse). In Kentucky a number of cities have played host to the all-star game – Louisville (Freedom Hall), Lexington (Memorial Coliseum and later Rupp Arena), Bowling Green (Diddle Arena), Owensboro (Owensboro Sportscenter) and the state capital Frankfort (Farnham Dudgeon Civic Center).

Before the games are played in June, each state names their top senior player. This player, who is recognized as Mr. Basketball or Miss Basketball, is given the prestigious honor of wearing the No. 1 jersey when the teams meet in annual all-star series. This award also bestows a sense of tradition to the wearer of the No. 1 jersey as it symbolizes all of the men and, after 1976 women, who have been recognized as the best players in each state.

For the first seventeen years of the Kentucky/Indiana All-Star game, from 1940 until 1956, the head coach of Western Kentucky University, Ed Diddle and his assistant coach Ted Hornbeck, served as coaches of the Kentucky All-Stars. Under his control he basically hand-picked the members of the team, choosing many players that he was recruiting and that he hoped to guide to the campus in Bowling Green. From 1957 through to the present, the head coach of the team has been a high school coach, done in part to take college recruiting out of the game. Many of the coaches, male and female, who have led teams in this series are some of the most knowledgeable and well-known in Kentucky High School basketball history.

Many of those who have been selected to participate as a Kentucky All-Star have gone on to do great things in their lives. Some have become professional athletes, not only in the NBA and WNBA, but some have gone on to play in the NFL and Major League Baseball. Many have gone on to work as teachers and coaches, hold a political office, serve our country in one of our military branches, own businesses and become lawyers or doctors. One former all-star, Joe Viviano (1955) even served as the President and COO of the Hershey Chocolate Company! We cannot wait to see what our 2018 All-Stars become!